Back to Chamber Chat 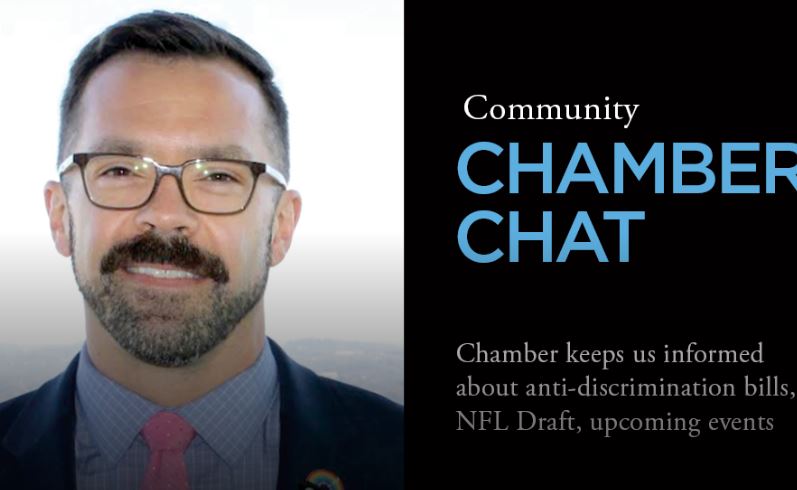 When Lisa Howe announced she would be stepping down as Executive Director of the Nashville LGBT Chamber of Commerce, the Board, as well as its members, scrambled to find a replacement. Joe Woolley had served as President of the Chamber for two years prior to Howe’s resignation and decided to throw his name in the hat of potential applicants to succeed Howe, who had done an incredible job growing the Chamber.

Woolley originally joined the board of the Nashville LGBT Chamber of Commerce in 2013 and quickly moved up the ranks. He pushed to make sure the Chamber focused on advocacy for its members and community. He also implemented governance policy and strategic plans to move the Chamber to the next level. During this time, the Chamber saw huge growth because of Tennessee Thrives, a business coalition against discriminatory legislation.

He was named CEO of the Nashville LGBT Chamber in August of 2018. We had the opportunity to sit down with Woolley to talk about some of his accomplishments as CEO, challenges he has faced and vision for the Chamber in 2020.

What are your proudest moments as President of the Board and then as Executive Director?

My proudest moment as President was standing with Lisa Howe on stage accepting the 2016 Rising Star Chamber of the Year Award at the National LGBT Conference. It was early recognition of how the Chamber was changing and accomplishing so many new things. It was the first recognition that we were moving up and the hard work of restructuring and focused work on a strategic plan was paying off. My proudest moments as CEO have been many. Standing with the Mayor when we announced LGBT certified businesses would be recognized by Metro was a highlight. Having session wrap with no anti-LGBT legislation passing was also big. Our most recent Business Awards and Taste both selling out was great. But getting to announce an NFL Draft pick was also awesome.

What are the most challenging aspects of the role?

Trying to keep up with all the work. Success breeds success, but success also brings more work and more interest in your organization. The areas of work never diminish and the work never stops. So, trying to stay up with all the different things we do and keep the thing going at the breakneck speed we are moving gets tough.  You are also always “on”. It was different as President, where you were always representing and talking Chamber, but you could also step back and it was not central to what you do. You had another career that you focused on. It has now become my life and you are always on and representing the city, the community, and most of all your members.

Tell us a little about the process you took to get Metro to issue an Executive Order to include LGBT businesses in procurement.

It was a long time coming. We started the conversation seven years ago with then-Mayor Dean and his administration. Lisa Howe was finding out the details of what had to happen to get it done. She knew the whole process and had worked with multiple people and departments on education.  When I came in, we had a unique opportunity to move the needle. I got placed on the Mayors Minority Business Council in relation to the disparity study the city was entering in to. Our goal was to try and get the LGBT population counted so we could be tracked. When we had pushback to that, I met with the Mayor and told him the frustrations and hurdles we were facing. He asked what the end goal was and I told him it was to have Metro recognize certification. We told him and he got it done.

What are some of the reasons why the Chamber has grown so quickly in the past two to three years?

A clear strategic plan and a goal to reach a certain member number were key. With that came better internal operations and procedures. All of that success kept building upon itself and the Chamber just kept expanding. The growth of Nashville overall is a factor as well. The Chamber growth mirrors the growth of the city. There are new corporations that are coming with Diversity and Inclusion being the name of the game in the corporate world. They want to attract and retain the best talent out there and working with us they can do that. Us becoming more political and advocating for our members have been huge as well.

What about corporate involvement? How do the larger corporations play an important role in the Chamber and its advocacy roles?

The most important work we do is advocating for our members and the LGBT community. Corporate support is key to advocacy. Without our corporate members putting their political capital behind our advocacy efforts to stop anti- LGBT bills, Tennessee would look like a very different place than it does now. Getting corporations comfortable to advocate on this issue has been a slow process. The new corporate members that have come from more progressive areas have really fueled the change and made those that were hesitant more likely to step out. The business community is the strongest tool that the LGBT community has for it in the fight for equality, that is why I love the work that I get to do because we truly are pushing back against discrimination and making a change.

There is a report out that talks about Tennessee being at the bottom of states for LGBT quality-of-life issues. But Tennessee is at the top of a list for business. Businesses are choosing Tennessee to move to, but they are also bringing their values with them when they come here. I think these corporations are going to change Tennessee not the other way around.

You mentioned earlier that you are always ‘on’. How do you maintain a work/life balance?

It has surprisingly become one of the hardest parts of the job. There is always something happening, and the work never stops. Since getting this job I have been much less active on social media.  I really try and disconnect when I have a chance and not look at anything. I just really enjoy the moment that I am in and focus on that. When I am working, trying to schedule dedicated work time and then the tons of meetings that come is key. I also try to schedule in personal time. My partner and I love to travel and it’s a great way to disconnect and achieve balance. But even when I am traveling, I see things that we could do or offer as a Chamber that would benefit our members.

We will easily reach 500+ members. Making sure we keep them engaged and that they feel like their membership is worth it is the top priority. Connecting all the members and groups that we can with opportunity is always a goal. The big goal will be set by the Board of Directors. They are looking at becoming a statewide chamber and having chapters in the cities that would handle educational and networking opportunities. I really hope they move that route. I think the political and advocacy power we could have as a statewide Chamber would be incredible and impactful. There is a lot of interest from corporations and LGBT community members from across the state. I hope we go down that path and the goal will be making that happen.

To learn more about Joe Woolley and the Nashville LGBT Chamber of Commerce, please visit www.nashvillelgbtchamber.org.