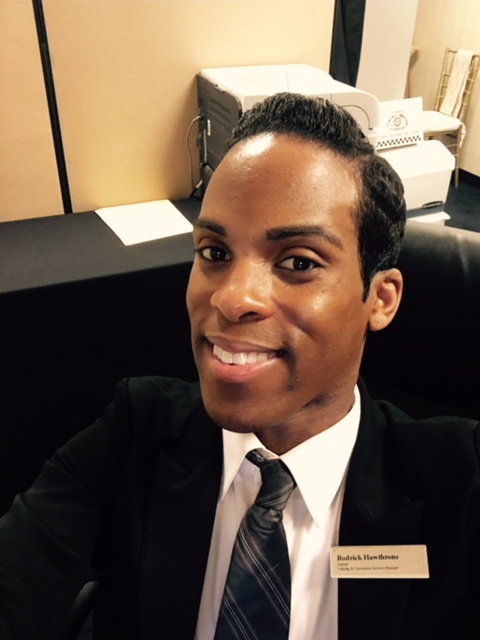 By Nashville LGBT Chamber of Commerce
4/6/2018
Article: Joseph Brant, Out & About Nashville


Hawthrone embraces authenticity in business and in life 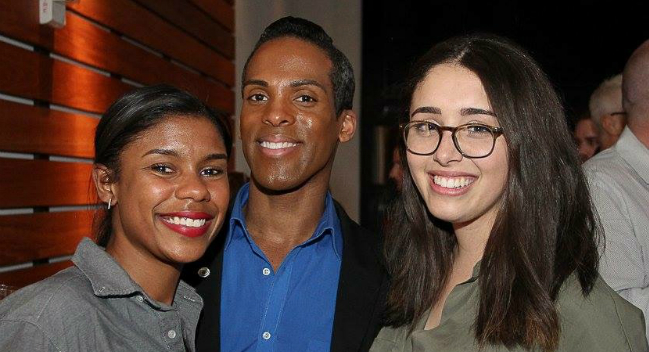 The 2018 LGBT Chamber Excellence in Business Awards will be held at the Downtown Hilton Nashville on May 4th. Rodrick Hawthrone, the hotel’s Manager of Catering and Convention Services, is looking forward to creating a wonderful event to honor this year’s nominees and entertain all those in attendance.

“Hospitality is the only industry I know,” Rodrick said. He’s been working in hospitality since he was fresh out of college, because he is able to follow his passion for helping others. He explained, “I love helping people find solutions that meet their specific needs, and, as I result, I find it refreshing at the end of an event when everyone is happy and the client is overjoyed. That is such a liberating feeling.”

Rodrick moved to Nashville from Atlanta in the Fall of 2016 and quickly became involved with the Nashville LGBT Chamber of Commerce. He encouraged The Hilton Downtown Nashville to become a member of the Chamber soon after he started. Rodrick can’t say enough positive things about his employer. He says the staff is very diverse, but added, “Now so many more employees, managers and directors are so much more supportive of the LGBT community and the LGBT Chamber than they were prior to me joining.”

Being a member of the Chamber and encouraging the hotel to become more involved in Chamber events has allowed him the opportunity to show other organizations, such as the Hilton, the type of people that we, in the LGBT community, really are. As evidence of his employer’s new relationship with the Chamber, this will be the second year in a row that they are hosting the Excellence in Business Awards luncheon.

When asked to compare Nashville to Atlanta, Rodrick says the two seem very different. While both cities are in the middle of the Bible Belt, he’s noticed that the conservative attitudes of our region are much more evident in Nashville than in Atlanta. In his view, there is not as much diversity and inclusiveness here. In Atlanta, it’s more common to see groups of people of different races and orientations hanging out together, and nobody even seems to notice. He doesn’t see that as much here in Nashville.

Unfortunately, he has also heard strangers direct derogatory comments toward him both when walking around town and while at work in the short time he’s lived in Nashville. He said that never happened in the 12 years he lived in Atlanta. He thought, "Do people still do that?" Rodrick is hopeful that Nashville will get to that place one day, where diversity and inclusiveness will be more commonplace in both personal and professional settings.

Rodrick is certainly doing his part to serve as a positive role model by living authentically, both in his personal and professional life. He said, “I really don’t know any other way to be but open, honest and genuine. Whether I’m open about my personal or work life, letting others see my professional struggles and successes in the spirit of vulnerability—or breaking out of other self-imposed limitations—are among the immeasurable ways to embrace who you really are.”

Rodrick feels that type of authenticity is crucial in business. “The benefit of this is that everyone on my team, every one of my clients, and everyone I interact with knows that I am a straight-shooter and a truth-teller, even when I have to carefully communicate that truth. That makes me trustworthy as a manager and most importantly that makes me human.” And when everyone in the work environment is authentic and accepting of each other, they can focus on their real objectives.

In Rodrick’s case, that means providing the best possible experiences for their guests at the Hilton Downtown Nashville. He said, “The thing I teach my staff is, if you want a career that is rewarding and beneficiary to you from all aspects, then it’s paramount that you put in your best work and be passionate about what you do.”

Rodrick added, “My co-workers feel comfortable and empowered to be themselves. That’s a big deal! With that said, we will host the LGBT’s Chambers Annual Luncheon for the second year in a row and the Hilton is utterly excited about it!”

To register for the Excellence in Business awards luncheon, visit nashvillelgbtchamber.org.