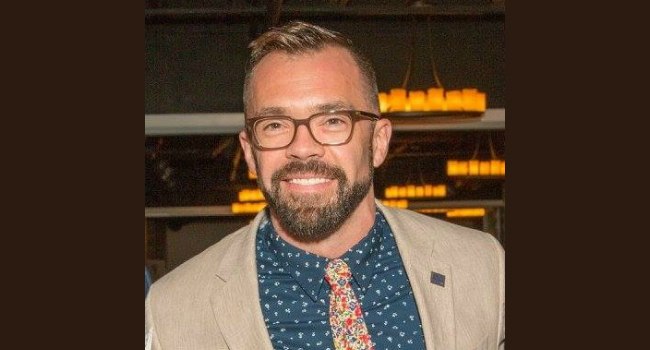 By Nashville LGBT Chamber of Commerce
6/1/2018
Article: Joseph Brant, Out & About Nashville 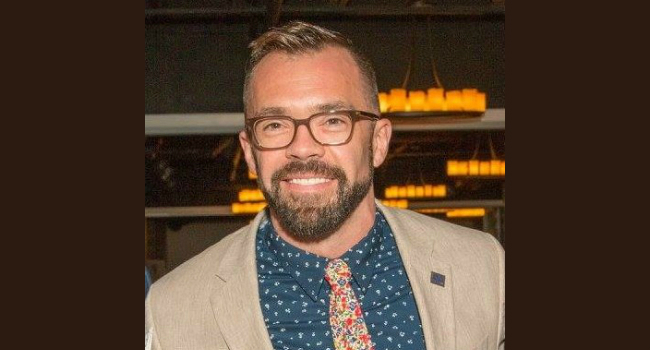 Throughout his career, Joe Woolley has dedicated himself to helping non-profits and other organizations affect policy change, such as LGBT advocacy and education reform. He has done so by providing a framework for public discourse and community involvement.

Early in his career, Woolley’s efforts were focused on researching and delivering the news. He spent two years in New York working on the Daily Show and with CBS News on the foreign desk. Later, he worked in Tennessee on state education policies.

In recent years he has been focused on providing a framework for community organization—including the Nashville LGBT Chamber of Commerce—to execute on their objectives. Most recently, as President of the Nashville LGBT Chamber of Commerce, he helped the Chamber reach its goal of increasing membership in order to more effectively impact state and national policies and business practices to protect and advance LGBT businesses and employees.

Woolley is the founder and owner of Get It Done Solutions, which provides communication and strategy consulting for individuals, small business, nonprofits, and other community groups. His specialty areas are strategic internal communication, internal processes and planning, and coordination with other groups to leverage their combined forces to achieve their missions. He says that most non-profits have the same issues that inhibit their ability to communicate effectively, leverage their resources, and execute their business plans to achieve their goals, and that’s where his business steps in.

Woolley’s biggest client for the last two years has been the American Society of News Editors (ASNE), a national news leadership group that focuses on quality journalism. We all know that newspaper readership is down across the country. Now millions of Americans get their news from other sources, such as social media. The problem, says Woolley, is that these sources often infuse their reporting with opinions presented as facts. He believes that news literacy is critical to public discourse that ultimately leads to policy change.

“We can disagree in our values and objectives,” Woolley said, “but we have to agree on the facts. We have to be on the same page about news and events as the foundation for healthy debate and exchange of ideas”

Two years ago ANSE launched Tennessee Tough Issues Forums to help local communities use the tools of news literacy to better understand often complex education reform issues. The project is in partnership with The News Literacy Project and the American Press Institute.

Woolley explained, "Education is too important of an issue to be using cherry-picked figures or outright propaganda as facts to shape the debate. We need to all know and trust the information we are using to frame the debate, and this program will help us separate fact and fiction."

Through his work with ANSE, Woolley would go out into rural and urban communities and hold forums to talk to attendees about where they get their news and whom they trust. And then they would educate them on news literacy as the foundation for their debates and decision making.

When Woolley joined the Board of the Nashville LGBT Chamber of Commerce four years ago, he drew upon his extensive experience to help the Chamber make significant steps towards achieving its broader goals.

“We are so much more than a networking organization, although that’s what we are known for,” said Woolley. “Our Board and our CEO, Lisa Howe, always wanted it to be more than that but needed help to get there.” The Chamber faced challenges such as communicating effectively with their members and coordinating their volunteers to help the small staff meet the different objectives of the Board.

When Woolley took the helm as President of the Chamber 2016, he and the Board made it their goal to reach 300 members over the next two years. They met that goal in six months! As the Chamber grows and welcomes more and more businesses into the fold, it gives the chamber the political clout to advocate for policy change to protect and advance the LGBT community. Woolley believes the Chamber is the most powerful kind of group toward achieving those objectives.

For example, he says, strictly grassroots groups can’t affect meaningful change without the backing of big business, because there are simply not enough of us who identify as LGBT to impact change through elections and positive influence in legislation. But with big business backing us, that is possible. And it’s happening. The relationship is mutually beneficial for the Chamber and its business partners, with whom it works toward change.

Woolley, the recent winner of the LGBT Chamber 2018 Community Service Award, is very excited for his next project, which will leverage the resources of existing businesses, advocacy groups, and health and welfare services that serve the LGBT community. This summer he will launch the Middle Tennessee Pride Community Center, which will provide a physical space for these groups to work more efficiently and cooperate with each other to ultimately better serve the LGBT community.

Nashville already has great organizations such as the LGBT Chamber of Commerce, TEP, Just Us, and various health and human services groups that do a great job of serving their constituents. But they are working in silos. And some literally lack space to meet and resources to coordinate their volunteers to execute on their objectives. The community center will allow these groups to more easily work together to achieve shared goals.

In addition to a central location for LGBT advocacy groups to coordinate their efforts to impact public policy, Woolley envisions a space that provides an array of services for everyone in the LGBT community, including youth who may struggle with unemployment or homelessness, the elderly who lack family support systems, and those requiring health services such as HIV prevention, education and assistance related to trans health.

Woolley has drawn inspiration from Casa Azafran, which he says has been amazing for the Latin/Hispanic Community in Middle Tennessee. He has also consulted with leaders in LGBT community centers in larger cities such as New York, San Francisco, and Chicago.