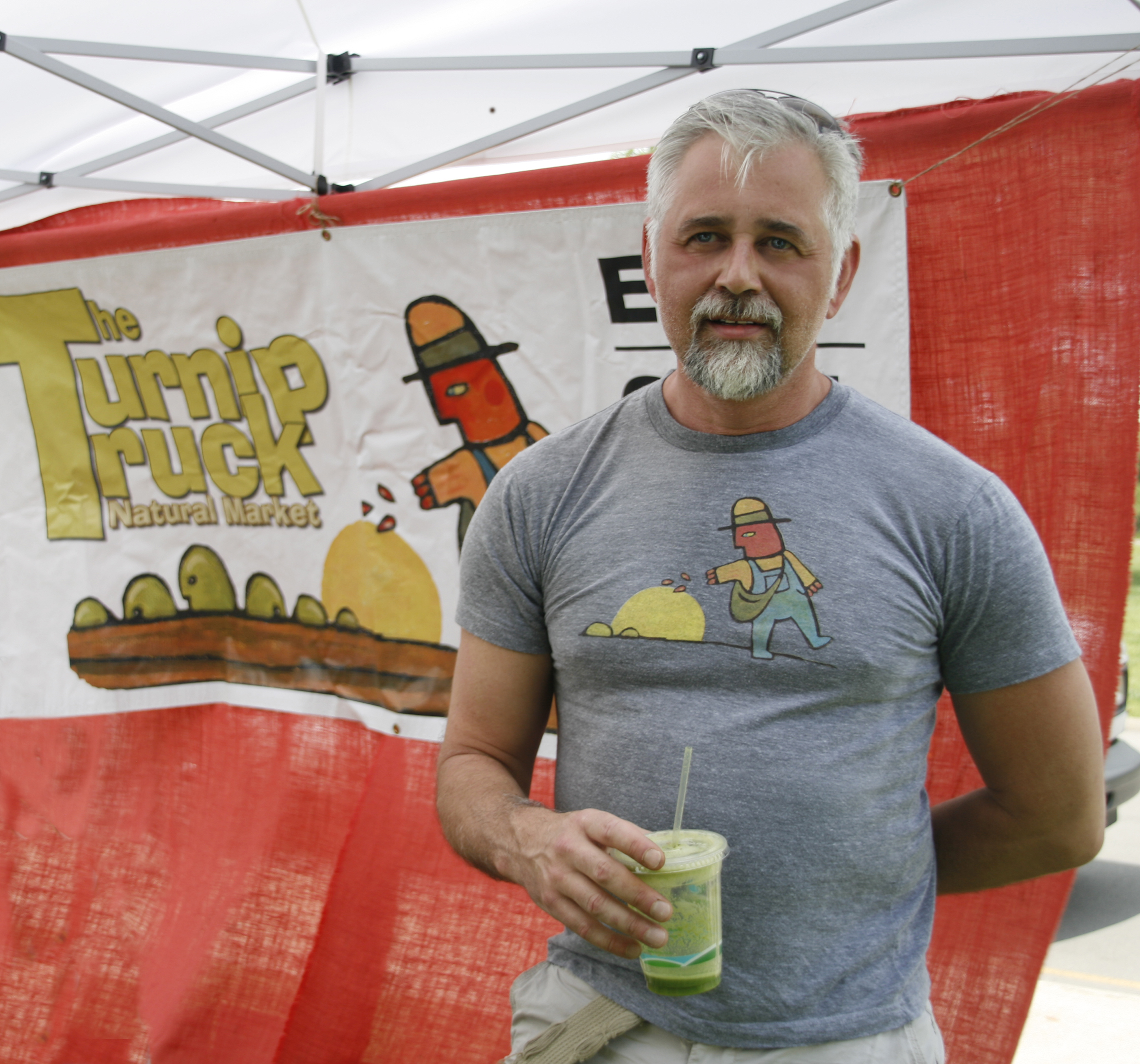 Strolling through the aisles of either of Nashville’s two Turnip Truck stores is a feast for the senses. Shoppers are greeted by an array of fresh fruits and vegetables bursting with colors and fragrances that invite them to enjoy finer quality produce than they will find at the grocery store chains. Turnip Truck features a large selection of meat and dairy products from local, organic farms. They also offer a wide array of healthy, natural kitchen essentials from local vendors to stock their customers’ pantries. Locally made products include hand-crafted cheeses, micro-brews, fresh-baked breads and pastries, local honey, and small-batch sauces, salsas, and dips. The list goes on and on. Turnip Truck goes a step further in providing a tempting salad bar and hot bar for their customers who would rather not cook for themselves. Of course, their hot bar items are made fresh daily, featuring a different type of cuisine each weekday, such as Asian, Indian, Italian, and Southwestern fare. Many of their selections fit their customers’ special dietary needs, including paleo, low carb, vegan, and vegetarian.

Turnip Truck’s two current locations are in the heart of the Gulch on 12th Avenue South and in East Nashville across the street from East Park. Owner John Dyke is excited to announce their third location will open in just a few weeks. The new store is located at 5001 Charlotte Avenue to serve customers in The Nations and the Sylvan Park areas. Dyke says he wants each store to serve the needs and preferences of customers in the surrounding neighborhoods. In fact, it was this desire that prompted Dyke to leave a career in surgical sales and open the first Turnip Truck in East Nashville almost 20 years ago. Dyke lived in that part of town for years and would travel miles to the Sunshine Grocery–the nearest healthy foods store.  While shopping there he often saw his East Nashville neighbors who had also made the trek because there were no healthy foods stores nearby.

It was clear to Dyke that East Nashville needed its own full-service natural food store. Since other retailers weren’t stepping in to fulfill that need, Dyke decided to do it himself. Opening his first retail store was a leap for Dyke, but like any good entrepreneur he knew the value of networking and collaborating with others. He started going to health food expos and learning all he could about the industry from those he met. It took two years of learning and planning, and in 2001 Dyke opened the first Turnip Truck on Woodland Street, right down the road from Five Points. Dyke had clearly foreseen a great demand for local, full-service health food stores in Nashville. Turnip Truck opened the Gulch location in 2009 and they moved to a new East Nashville site in 2015 that is five times the size of the original. Now they are about to open a third store the same size and footprint of the new East Nashville site.

Like so many fellow members of the Nashville LGBT Chamber of Commerce, Dyke is committed to making a positive impact on the city he calls home. As such, he is continually making changes in his stores to fulfill his commitment to sustainability. The East Nashville location has ten honeybee hives on the roof, and they use the honey they harvest at the end of each summer in their juice bar beverages. The newest location will generate 15% of its own power from its rooftop solar panels. Turnip Truck is also working toward eliminating all single use plastic in their stores. And, of course, selling local goods leaves less of a carbon footprint than shipping products from around the country.

Dyke also wants his stores to make a positive impact on Nashville’s neighborhoods by providing a welcoming place for all his customers and employees. That’s why he values his membership in the Nashville LGBT Chamber of Commerce and is proud to be nationally certified as an LGBT Business Enterprise through the National Gay and Lesbian Chamber of Commerce. Dyke says he hasn’t utilized his status as a minority-owned business to help grow Turnip Truck. As a resident of East Nashville for 30 years, he acknowledges that he lives and works in a “bubble of inclusivity.”  So, he doesn’t really feel like being a gay-operated business is a disadvantage in any way.

Dyke says, though, that sometimes when he goes outside of East Nashville’s ‘bubble” he is reminded of how challenging it can be for many in the LGBT community to be their authentic selves at work or in business settings. This is especially true here in the South. Recently, Dyke says that he and other business owners were invited as guests to a corporate event in Nashville. He says, “It was a bunch of middle-aged, presumably straight men whom I didn’t know well. Because I wasn’t sure of their social or political views, I wasn’t comfortable inviting my partner. And for the first time in 20 years I didn’t feel comfortable presenting my true self to these other businessmen. It was not a good feeling.”

Dyke wants to ensure that none of his customers or employees ever have that uncomfortable feeling while shopping at Turnip Truck. “I just want to treat everyone as human,” Dyke says, “and it’s not just those of us who identify as LGBT, but everyone regardless of race, gender, age, or economic status.” The Nashville LGBT Chamber of Commerce recognized Dyke’s contributions to our community by awarding the Turnip Truck the “Small Business Diversity Award” at the 2017 Excellence in Business Awards. Dyke was recognized by the Chamber as the  “Entrepreneur of the Year” that year as well. While Turnip Truck has been an active member of the Chamber for years, Dyke says, “I wish I’d joined the Chamber long before I did. Chamber membership and LGBTE certification bring some validity to our gay-operated business. And it sends a message to the broader community that Turnip Truck is a welcoming place that is open to hiring and serving all of our neighbors.”

Dyke acknowledges that these days Nashville shoppers have other options to shop for healthy foods, and he is competing with some large chain stores. But he knows that his customers appreciate that each is a truly neighborhood store. He says that, unlike the large chains, they make all their decisions in-house. So, it’s easier for local vendors to get their new products on Turnip Truck’s shelves. Dyke is also happy for customers to suggest specific vendors or products that they would like included in their store. And he welcomes his customers to meet their neighbors and coworkers in the Turnip Truck café, which he sees as the heart of each store facilitating that community feel.

Dyke invites our readers to come by one of their locations to see for themselves what a great experience it can be to shop in a truly neighborhood store featuring all the healthy foods, supplements, and health and beauty products they can imagine. For more information on the hot bar menu, a comprehensive list of local vendors, or to check out their blog featuring recipes, articles on eating healthy, and even local events, please visit http://theturniptruck.com/.